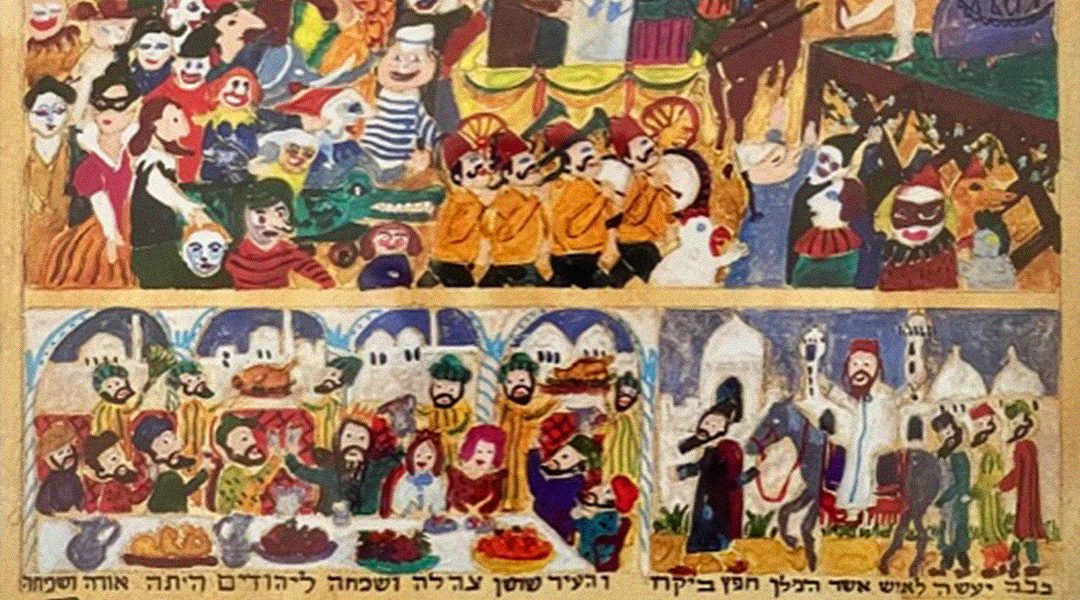 “The first celebration of Purim”

Haman, villainous enemy of the Jewish people, plots their destruction and is thwarted  by one woman, Esther.

And ever since, hamantaschen, triangular cookies, “the ears of Haman” are eaten, children dress up, and gather candy.

I remember being in the synagogue with my parents in Gemünd, Germany, I was six years old, it was 1938. I wrote in “A Garland for Ashes”, page 36

I can feel again the joyful atmosphere in the synagogue when we celebrated  Purim, the feast of Esther. all of us children scrambled for sweets landing around us—ping, crackle, and pop—coming down in handfuls from the balcony.

Lurking behind all the laughter and joy in the celebration of deliverance described in the book of Esther, is fear and the shadow of death.

And so it must have been in 1938 on the eve of the Holocaust and now in 2022 when a devious enemy is wreaking havoc on a vulnerable people with consequences for us all. “A Garland for Ashes” in Paris | Photo by Amy Williams

…it is interesting to think of how Hanna’s childhood memories zig zag as they move across time and space. I wondered about physically moving her book from one place to another.

“…seeking the good of his people and speaking peace to all his seed”, so ends the book of Esther, describing Mordecai, Esther’s uncle, the Jewish leader.