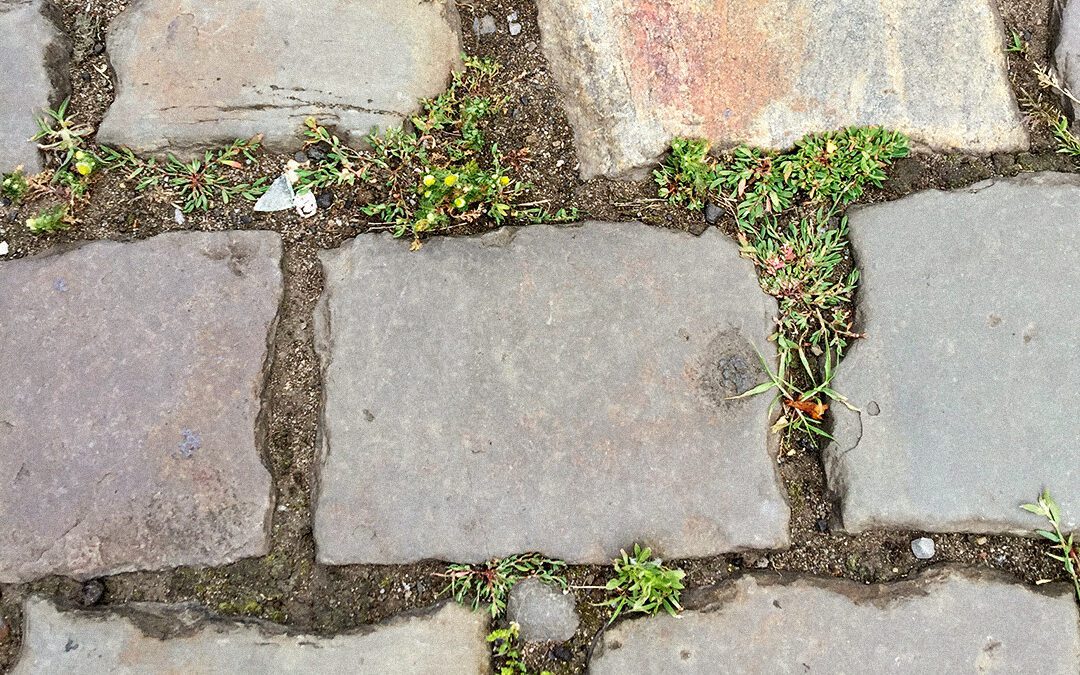 My parents trod on these stones, on their way to Köln/Deutz railway station

Walter and Ernst, Companions on my Journey

The city is Köln, Germany, where my parents and I spent the last few months of our lives as a family of three.

Walter Volmer is the retired Criminal Police chief for the city of Köln. And Ernst Sievers is living in the home base of the Afrikamissionare/Weisse Väter, he leads retreats and is a spiritual companion after many years of service in Africa.

Walter saw his role in the criminal police as a calling to protect the citizens of his beloved city and he was devastated to discover incontrovertible evidence among hidden documents, that in September 1939 the criminal police in Köln were officially united with the Gestapo, as in other German cities.

What could he do?

In his retirement he continued his search for the truth about what happened in Köln and began conducting tours of former Jewish sites.

So how could I describe a Kripochef and a Priester as companions along my reconciliation journey?

Afrikamissionare/Weisse Väter including Ernst Sievers, joined one of Walter’s tours, listening intently as he led them around the city, earnestly, with repentance, bringing the hidden darkness of the past into the light.

Friends in the Eifel introduced George and I to Ernst and he joined  a close group of friends who came with George and I to Rathenauplatz, Köln, my last home in Germany, to the Hauptbahnhof where my parents and I said our last goodbye, to the laying of Stolpersteine in Koblenz for my aunts. 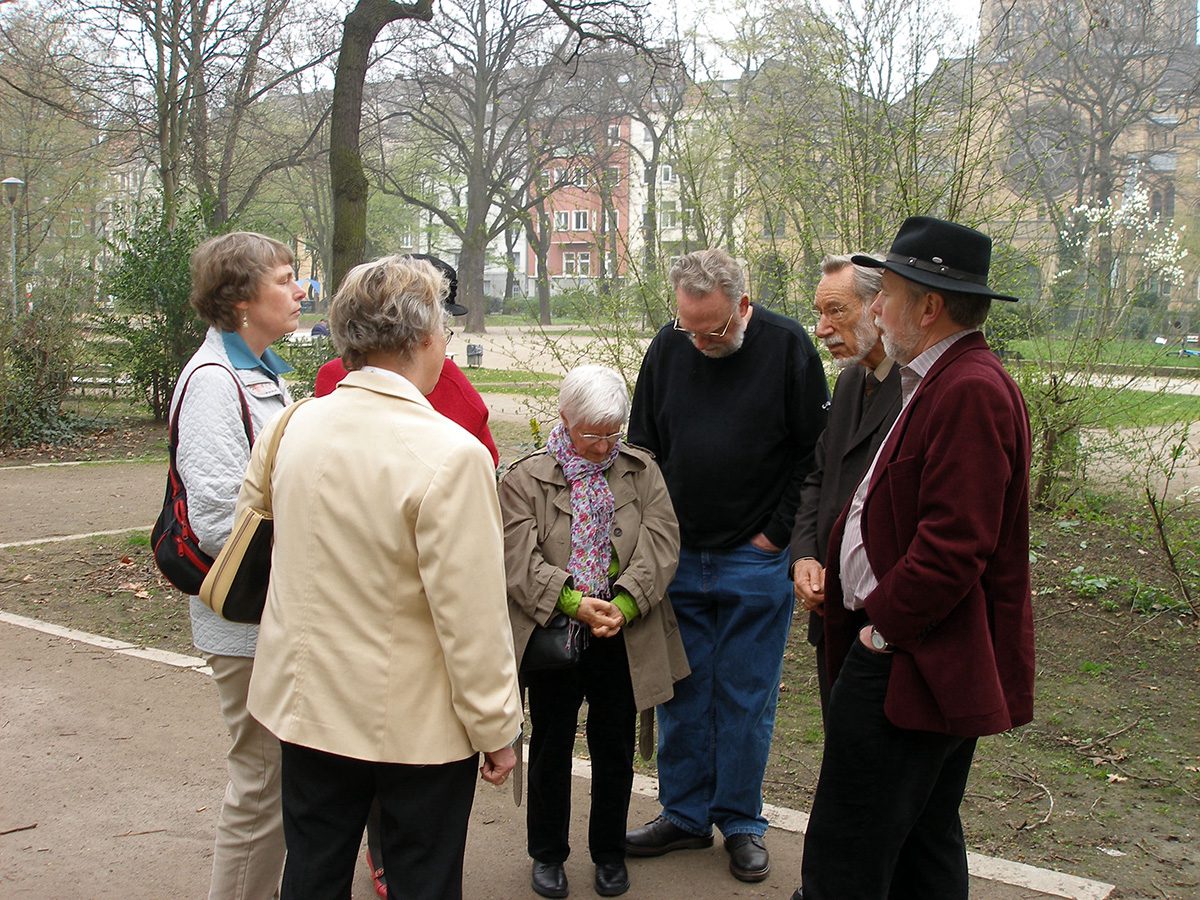 Ernst, second from the right at the Rathenauplatz

We prayed together in those places of bitter memories, Germans and a Jew, in the presence of the Lord, tasting His mercy together.

And Ernst introduced us to Walter, who invited us to his home for breakfast and then on a tour he had prepared after carefully researching the movements of my parents after my escape to England.

We followed my mother and father to the deportation center, where they were held, at the edge of the city, to Mungersdorf.

We took a tram to follow their long walking route to their departure point for the East, Köln/Deutz station. Walter, at the far left with a group on a second visit to Mungersdorf

Burned into my mind is the last part of their walk to the station. We took the pedestrian path across the Rhein  and as we stepped off the bridge, our feet felt the uneven cobblestones and Walter said, “Your parents walked on these stones”.

In August 2010, we were sitting waiting for Walter at the Köln, Philharmonie, wondering why he was late for the concert when we received a phone call from his daughter, with shocking news. Hours earlier he had died in a traffic accident. The headline of the article in the Kölner Stadt-Anzeiger, the main city newspaper, reads,

Fellow pilgrims on our journey to the Eternal City, Ernst and Walter.